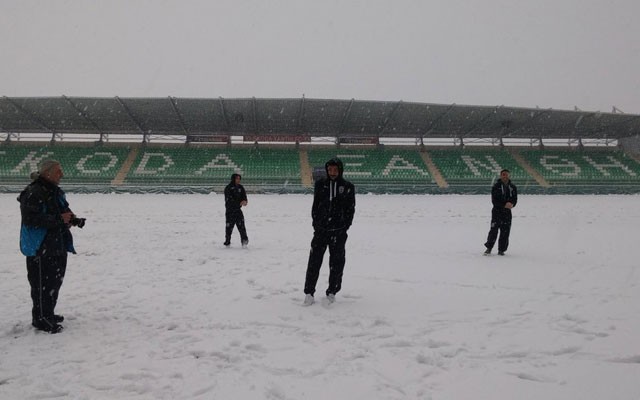 It was more or less expected. The weather conditions at Xanthi were not good for a soccer game as we saw through a tweet at the official tweeter account of PAOK. The referee of the match, Mr. Papapetrou, inspected the condition of the field almost an hour before kick of and decided that it was not safe for the players to start.

The two recent tweets from PAOK informed us the team is already on the way back to Thessaloniki while two images prove why the referee had no other choice.

The rules dictate the postponed match must take place within the next 24 hours but this is not possible because PAOK has a midweek Cup match. This means a new date must be set within the next 15 days which is also difficult becuase of their tight schedule:

Given the circumstances, Super League will have to find a solution by setting different dates for PAOK’s matches.

Mar 20, 2017 at 19:06
SoccerAnalysis.gr uses cookies to ensure you get the best experience on our websiteGot it!NoRead more